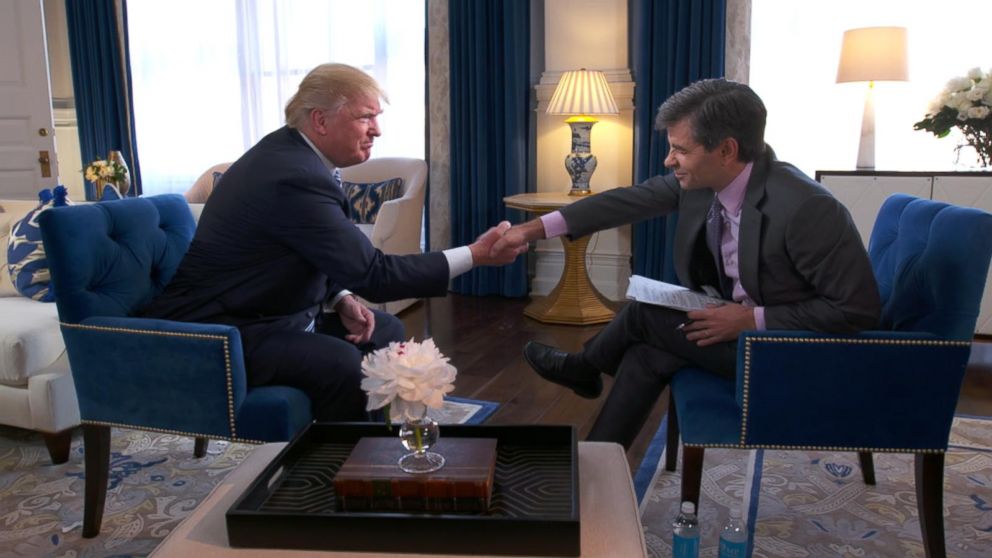 George Stephanopoulos visited Donald Trump, the President of the United States of America, in the Oval Office. Stephanopoulos asked Trump how he would have reacted had any foreign regimes approached him during his campaign. When foreign governments such as Russia or China shared the news on opponents, President Trump would call for the presence of the FBI.

What does Trump think about Foreign Regimes?

Trump replied he would do both. Listen to what has to be said. According to Donald Trump, there is nothing wrong with listening to all that is there to know. Trump added he would like to listen to any speaker say from Norway wanting to share information on the opponent country. Also, Trump would invite both the FBI and the concerned foreign regimes or representatives to listen in.

Trump added that he would not bother calling the FBI since that is not how it works in life. Trump commented that when one talks honestly to Congressmen, they also consult the FBI. Those known as Oppo research are absolutely legal. However, these are not from any foreign regimes.

A mixture of defiance and exasperation in Trump’s voice

There are times when Trump commits mistakes that politically hurt him. In 2017, after arguing with his administration, Trump fired Jim Comey based on Rod Rosenstein’s memo.

Trump told Lester Holt of NBC that nothing had influenced his removing of Jim Comey, the FBI director. No one requested or recommended him for the act. Trump did not like the role Jim Comey played in the Russian probe.

When Stephanopoulos interviewed Trump, he spoke in a mixture of boldness and frustration. Apparently, Trump knew about the phrase “call the FBI” in connection with politically acceptable to the response. President Trump commented that his full answer is never reported or played by “Fake News Media”. According to Trump, the most important news is left out of the news.