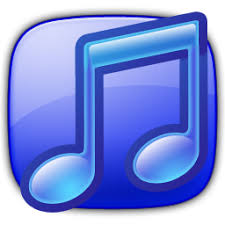 Chicago – The spate of gun violence in Chicago over Labor Day continued this year as well as injuring 34 people while leaving seven people dead on the South and West Sides.

The three days long Labor Day weekend saw fatal gun violence. There has been back to back gun violence recently such as the memory of 4th July weekend which resulted in 68 people shot dead hasn’t faded away while 41 people were shot, seven deadly on Memorial Day

This weekend fatalities included 2 teenagers as well including Davantae Jackson who was shot early on Sunday, near his residence.

Jackson’s sister, Alexis Jackson told that the assailants called on his number and as soon as he came outside, he was shot.

The shooting on Saturday also left two men of ages, 26 and 32 dead while they were near their home on Chicago’s South Side.

Chicago police were more alert and vigilant this time by deploying an extra 1,000 officers over 1,400 last year. This incident is similar to the one happened in 2017 where 42 people were shot while 7 critically. Even Last year violence on Labor Day resulted in 27 being shot while 4 deadly.

It has also started a blame game between the Republican and Democratic Party leaders.

Sen. Ted Cruz, R-Texas has tweeted that “gun control doesn’t work”. He said this as the reason for unabated shooting fatalities in Chicago.

Chicago Mayor Lori Lightfoot blamed the Republicans of inaction on gun legislation. He further said that 60% of gun holders are from outside of Chicago and they mostly come from the area which is under the control of Republicans. They have failed to enact gun legislation.

Climate Crisis: Top 5 Things a President Can Actually Do