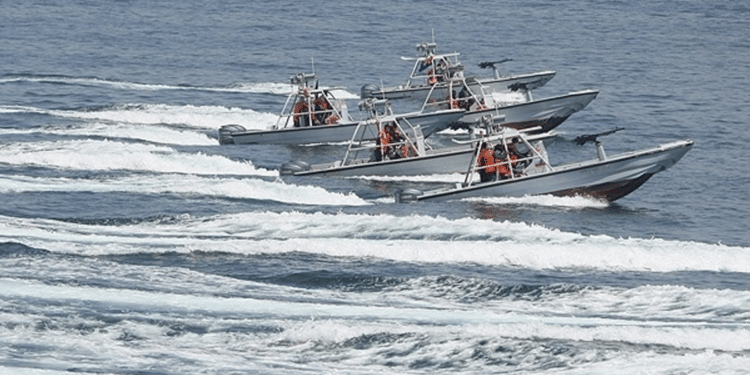 In a recent statement by the US Defense Official, Iran tried to seize British Oil Tanker and failed.  However, the seizure attempt was failed by the interception of the British warship, which was positioned less than 5 miles. That forces Iranian forces to withdraw from their attempt.

Where Did Iran Try to Seize British Oil Tanker?

On Wednesday, around 5 Iranian Islamic Revolutionary Guard Boats approached the British Oil tanker with the intention of seizing. However, the attempt later withdraw by the Iranian IRGC boats after came to know about the approach of a British warship.

The unsuccessful seizure attempt by the Iranian IRGC boats on British Oil Tanker held at the Persian Gulf. The main reason behind the failed attempt is the British warship that was about 5 km behind the oil tanker.

In addition to that, a manned US reconnaissance aircraft revolved around the area. These circumstances forced the Iranian IRGC boats left behind from their attempt. S

Words from US Central Command Official

Meanwhile, the US Central Command (CENTCOM) spokesperson Navy Captain Bill Urban said, as the military was aware of the incident. In addition, he added, “Threats to international freedom of navigation require an international solution”.

The world economy depends on the free flow of commerce, and all nations should protect and preserve, He added.

The incident of Iran Tried to Seize British Oil Tanker in the Persian Gulf first reported to CNN by the British Frigate HMS Monstrose. Meanwhile, the incident looked like the response from Iran after their oil tanker seized by the British earlier this month.

Although, British officials revealed as the incident took place on because of European Union Sanction Iran refused to accept it. In fact, few top-level politicians from Spain commented as the US behind the Iran oil tanker seizure by British forces.

Viral Math Problem – Can You solve It?