Home Latest News Films Released in India On This Diwali 2019 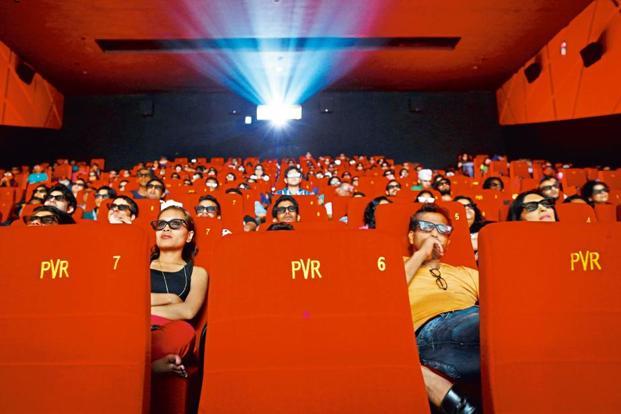 The- Indian sub-continent is home to people believing in all faiths and religions of the world. Most Indians practice Hinduism so traditional festivals like Diwali are elaborately celebrated in the country. Diwali is a time for rejoicing with family members, relatives, and friends. Meanwhile, here we have listed the Films Released in India On This Diwali 2019. People can enjoy with their family members by watching any of these movies in theaters

Often, people belonging to various communities gather and share Diwali glorious moments making them memorial. At times, those living far away from home might find themselves surrounded by strangers. This 2019 Diwali holidays, call your friends to catch up on the latest big-screen releases.

Below is the list of movies released in India during Diwali 2019 weekend (25th-26th October). You can watch any or all of the following with your friends.

List of Films Released in India On This Diwali 2019

Housefull 4 is the fourth series of comedy films full of jokes making audiences laugh. Meanwhile, the movie Housefull 4 is the much anticipated among the lists of films released in India on Diwali 2019. In the movie plot, three pairs of reincarnated lovers reunite in the present day. However, the men end up falling for the wrong women.

The movie has a connection with Indian Rail Catering and Tourism Corporation (IRCTC), a unit of Indian Railways. Because of that, Bollywood action movie star Akshay Kumar booked the entire special train named ‘Promotion on Wheels’. Meanwhile, the movie crew decided something unique for promoting this movie. On the day 16th Oct 2019, a train with 8 coaches started from Mumbai Central. In that special train, the actors Akshay Kumar, Kriti Sanon, all other artists along with media representatives boarded.

The train reached New Delhi the next day by passing through Surat, Vadodara, and Kota stations.  Ravindra Bhakar, The Chief Public Relations Officer, Western Railway, believed that the train would gain publicity and it did attract significant people.

In Saand Ki Aankh movie, actors Tapsee Pannu and Bhumi Pednekar have played the leading roles. Meanwhile, the movie has critics, senior actors were not selected to enact roles of the world’s oldest sharpshooters.

Well, the movie Made in China is a comedy film. The story is about an unsuccessful middle-class Gujarati businessman who relocates to China for better prospects. On reaching, he encounters an unusual and comical experience that changes his life for the better.

Meanwhile, the plot of Made in China is similar to how a Nepali handicraft dealer turns into a millionaire. Made in China introduces actors Rajkumar Rao and Mouni Roy together on the big screen. Other actors include Boman Irani, Paresh Rawal, and Sumit Vyas.

The Current War is a drama and action movie. The story is about Thomas Edison and George Westinghouse, the two great inventors of the industrial age. Meanwhile, In this movie, the characters battles with ideas and technologies determining whose electrical systems would power the new century. Edison supported by J. P. Morgan lights Manhattan using direct current.

An overcomer is a drama movie that is inspiring, full of hope and humor. Meanwhile, the story of the movie Overcome deals about how a high school basketball coach had become a cross country coach. The high school basketball coach named John Harrison and his team face an uncertain future. This occurred when their town’s largest manufacturing plant closed down suddenly and unexpectedly. As a result, hundreds of residents were forced to move out. At that point in time, John Harrison agreed to coach cross-country.

Since he did not like the sport, John was half-hearted. All that changed when John Harrison met Hannah Scott. She proved to be a competitive runner always pushing herself to the limit. John got inspired by Hannah’s words and prayers. He began training her for the biggest race of her young life. Over comer has been featured by stars Alex Kendrick and Priscilla Shirer in the main roles.

The countdown is a horror or thriller Hollywood film that manages to find a place in our list of Films Released in India On This Diwali 2019. The plot of Countdown is about a nurse who downloads an app. This claims to predict precisely when an individual would die. The nurse in the story discovers she has only three days to live.

In this movie, the time ticks away and a figure starts haunting her. She has to find a way to save her life before her time on Earth runs out. Meanwhile, The actors Anne Winters and Elizabeth Lail played lead roles in the movie Countdown.

After reading the above description, you know what to expect from seeing the list of movies released in India on this Diwali 2019. We have briefly described the plot. Names of important actors, directors, producers, and others have been mentioned. Well for Bollywood films, we have listed the names of songs for your references.