Home World Viral Math Problem – Can You solve It? 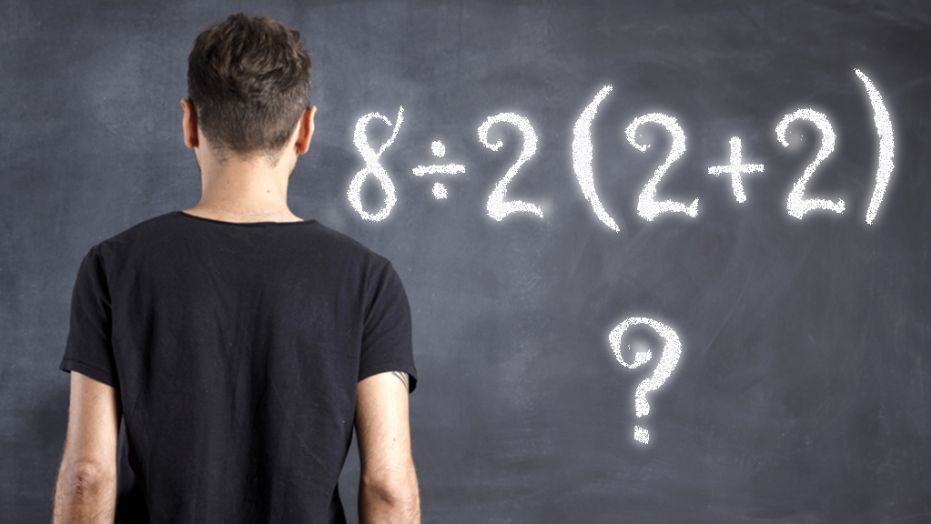 These days many on the internet go crazy on solving the mathematical equation 8/2(2+2)=?. The equation went viral on the internet over the past few days. Because of this, there is a lot of discussions, and confusion happens on tweeter regarding this Viral Math Problem.

The public awareness officer of American Mathematical Society, Mike Breen too commented on this Viral Math Problem on the Internet. Mike Breen concluded that it’s just an uncertain and doubtful equation. And the way it’s written and present on the internet is very ambiguous. In addition, he added as, in math, there are lots of time such an ambiguous situation happens.

So he suggests all mathematicians and physicians try to make certain rules for such types of equations. He also added as such an equation should be solved all ambiguous equations with the help of some specific rules.

As per Mashable study, Maths rules may be varied as per different locations in the world. There are several different methods to solve this type of equation like the PEMDAS method, the BODMAS method, etc.

In the PEMDAS method, the equation typically starts from left to right parenthesis, then Exponents, and after that division, addition and subtraction. By doing so, the answer would be 16.

And the second type is the BODMAS method, in which solved the equation from right to left. By applying it, you should start with Brackets then order, and after this division, multiplication, addition, and subtraction. By doing so, the answer would be 1.

So technically answer by using both methods is correct. Part of the world use the PEMDAS method, and others use the BODMAS method.

Its a type of ambiguous equation, one can solve this by either method and answer also varied. So the answer to this Viral Math Problem is either 1 or 16.

So we conclude that for such type of uncertain equation, we can use any certified method.

China Blames US for the Hong Kong protests