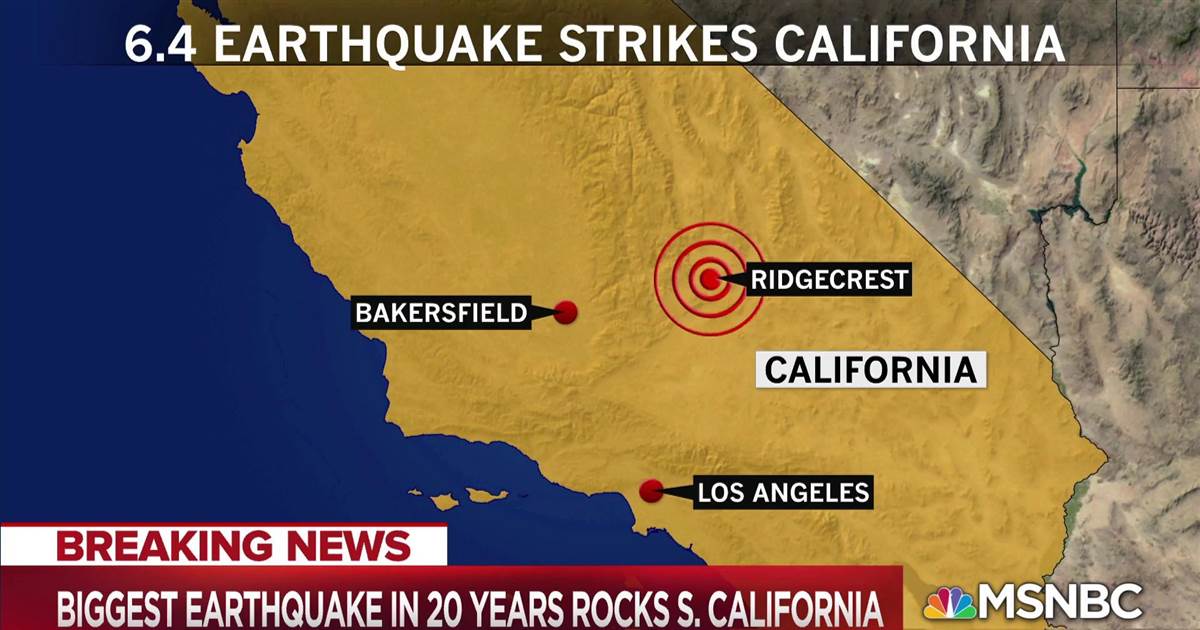 The Fourth of July Earthquake

Well, as the entire nation is on the celebration mood of its Independence Day, the Southern California region experienced a disastrous day.  People of California especially the southeastern part of the state faced the largest tremor in 20 years.

The US Geological Survey has released its statement over the Thursday Earthquake strikes Southern California.  In that, it pinpointed the epicenter of the quake nearby Ridgecrest. Meanwhile, Ridgecrest is a remote region, which is located 150 miles away from Los Angeles.

The exact location pinpointed by the US geological survey lies between the Sequoia National Forest and the Mojave Desert.

Followed by the disastrous Fourth of July Quake on California, President Trump tweeted about the incident fully briefed to him by noon.

As per the information gathered from the US geological survey, the Earthquake strikes Southern California at 10.33 am on Thursday. Initially, the reports suggested as the quake hit with the intensity o 6.6 magnitudes. However, later it revised with 6.4 by the US Geological Survey.

Apart from a few injuries and structural damage in Ridgecrest, there was not any damage reported so far.  Because of the strong magnitude, the quake felt in Los Angeles city, which is 150 miles far from Ridgecrest.

Though the shock waves felt in the Los Angeles area, people have not alerted because of the low magnitude. Owing to that, the city of Los Angeles lowered the Earthquake Threshold level to 4.5 magnitudes in the Shakealert LA app.

In response to the Fourth of July Quake, Governor of California Gavin Newson issued the State of Emergency for Kern Country.

Iran Breached Nuclear Deal, US on alert for Imminent War