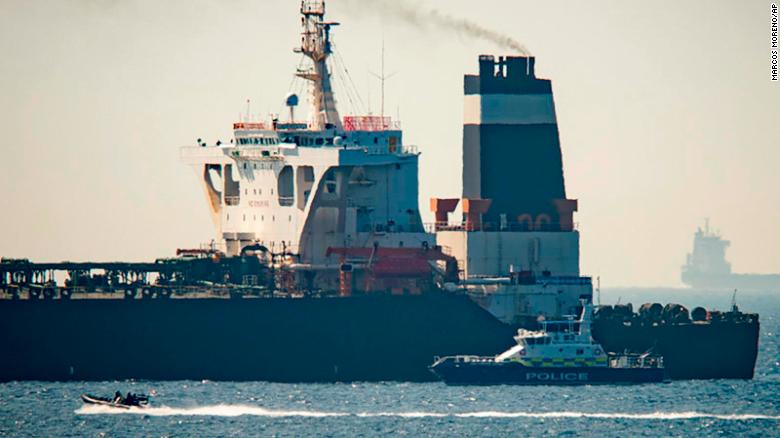 Meanwhile, a senior Spanish official claims this operation in progress as per the instruction given by Trump’s administration.

However, Iran’s state-run news agency IRNA claims this act of intercepting Iranian Oil Tanker is illegal. The seizure act taken by the UK Maries fumes Iranian authority. Because of that, it summoned to explain the action to the British Ambassador.

Tension Arose between Iran and the US

Earlier, the US sent its warships and planes to the Straits of Hormuz. The war tension arises its peak between the nations followed by oil tankers attack and shoot out of the US drone.

Now from a statement given by the Spanish officials clearly claims the US behind the act of UK marines. The tension between the nations heightened. Meanwhile, the UK defense ministry claims Gibraltar’s chief minister requested 30 marines’ fast boats along with the helicopter. In order to support the actions carried by the local police operation.

While referring the ship seizures act by UK authorities as “Odd and Destructive” by Iranian Foreign Ministry spokesperson Abbas Mousavi. He further added, “It can cause an increase in tensions in the region,” during the live phone interview.

Meanwhile, according to the UN list, the Iranian Oil Tanker to Syria Seized ship owned by Singapore based Grace Tankers Ltd. And it carried around 2 million barrels of Iranian Crude Oil. The detention of tanker held in the period where Iran breaks the limit of low-enriched uranium level on its stockpile.