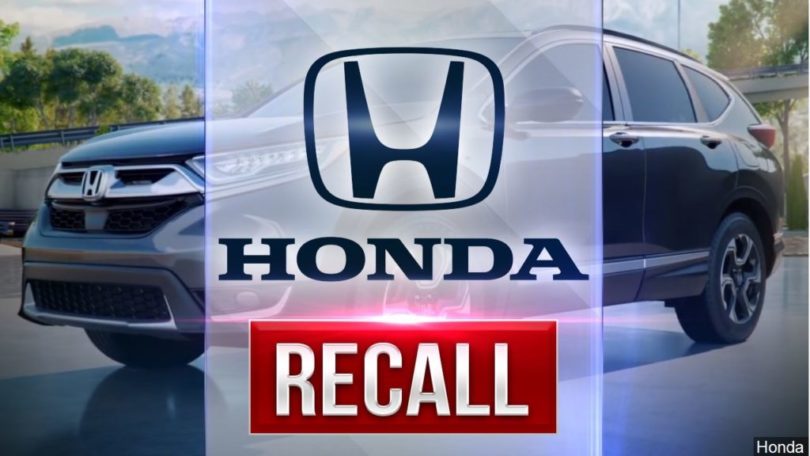 On Friday, the automaker Honda announced as it going to recall its last set of vehicles for repair. In a statement released by the automaker, Honda recalls 1.6M vehicles from the US for replacing faulty parts.

Moreover, it also added as Honda recalling millions of vehicles six months prior to the schedule. Messy Takata Airbag will change in this recall, so far the automaker changed 22.6M inflators from 12.9M vehicles.

Car models manufactured by 19 different automakers in-between 2002 to 2015 installed with airbags made by Takata. Those installed airbags have the potential risk of explosive deploy and because of that, it led to injury or life threading to passengers.  Owing to that, several automakers recalled their cars to replace the airbag inflator.

Well, the air bag’s inflator contains a metal cartridge loaded with propellant wafers that can be ignited with explosive force. Because of that explosive force, car occupants will face the potential risk of facing massive damage.

Just like other top automakers, Honda recalls 1.6M vehicles, which will be the last recall from the automaker. Because of reports from NHTSA, which points 24 deaths and 300 injuries automakers planned to replace the faulty part.

Are you worried about your car too having a faulty inflator! Then here are the lists of vehicles recalled by the automaker, Honda which can help you. If you found your car in that list of Honda Recalls 1.6M vehicles, then take your vehicle to Honda service center and fix it.