360 degree feedback or a multi- cater mechanism is a systematic analysis and collection of feedback from various sources. This data is obtained by various respondents that include the reporting manager, subordinate and even the peers at work. The ratings along with opinions of the people are fed on to the system that leads to a concrete actionable plan.

Must Check this
Ideas relating to starting a small scale business 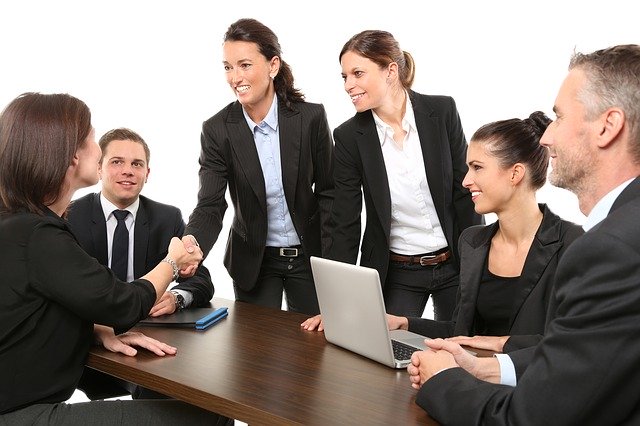 As per recent feedback obtained from viable HR executives, a 360 degree feedback system goes on to provide a transparent, motivating, engagement of employees in the process and works out to be beneficial in the overall system of the feedback process.

As per experts a 360 degree program culminates self-awareness in an individual as they are able to pinpoint their strong and weak areas. This would motivate them towards the journey of self- improvement. For sure it would motivate a team to improve their skills that paves way for personal motivation and even reduces the staff turnover. In fact, once you go on to receive the same feedback from multiple people, you are expected to take things on face value rather than the first person.

2. Identifies the training gaps in an organization

Once the participants go on to answer the survey questions, the response that is obtained from them is collected in the server database. At this juncture, the major importance of a 360 degree feedback is felt. Now the feedback mechanism obtains feedback from all people in the system, be it the subordinates and even the juniors. This interprets the vacuum of skills that lack in an organization. So once this is found in an organization this can be bridged with the aid of training gaps.

3. Viable connection between management and leadership is maintained

4. Gives vital insights into the work module of an employer

The 360 degree feedback module is a great way for a company to understand the role of an employee in an organization. This is beyond what is seen in the outcome of the tasks. The higher stands up are able to figure out on how an employee performs in a team culture that does not have to translate on to the finished product of a work assignment.

5. Level of transparency with an organization improves

6. Pointers to be aware with a 360 degree feedback of a company

Well, all said and done, 360 degree feedback would allow the employees to improve in areas that would limit their career path and even create conflict within a team. But when 360 degree feedback is not executed properly it can pave way for conflict and even the moral of the team goes down.

7. Goes on to ignore positive feedback

There is a general thought that managers with the aid of 360 degree feedback are more focussed to find negative aspects of an employee and not on the positive traits. If you are not careful this can hamper the rates of engagement. So you have to be mindful considering the various feedback mechanisms in place.

8. Dishonest reviews can spring up

If a lack of trust emerges in the people who are providing 360 degree feedback, then no one is expected to provide you with positive feedback. Respondents are only going to provide you with what you would like to hear making the system of feedback rather useless. Alternatively, if the employees feel that the feedback is to measure performance they would go on to make side arrangements so that each one is rated higher than the other. Even a possibility extends to rating someone lowers so that the score can be evaluated against the peers.

9. Possibility of distrust in the leader can emerge

If a leader is not going to communicate what they learned as part of the feedback mechanism, then those who went on to participate might feel that it is a useless exercise. This depletes the trust in a leader and goes on to hurt the engagement aspect. Based on that an action plan can be created is important for the reputation of the leader and even the trust they generate from the teams.

There is another loophole from 360 degree feedback. It does go on to take a lot of time both for the HR department and even the fellow members. The team members do take a lot of time in answering the questions whereas the HR team has to flip through hundreds of material. To weigh down the various options and to evolve them into a document ceases to be a pain stacking process. Though customized feedback could speed up the process, even to set up a system poses to be a challenge.

To sum it up, you need to be aware of the reasons why an organization goes on to conduct a 360 degree feedback. It is beyond brands and the long term objectives of the company come into question. The essence of this program is that employees go on to share their developmental plans with the company and even on how they have been able to achieve success till date. Even you have to focus on areas with gaps.