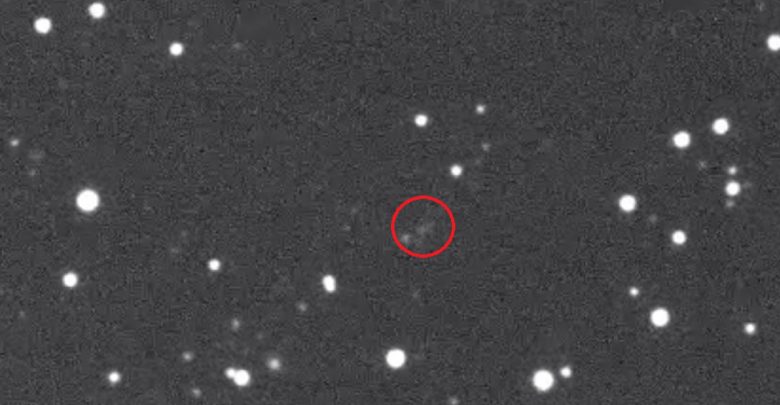 In October 2017, Karen Meech and colleagues at the University of Hawaii observed and confirmed ‘Oumuamua interstellar’. Such, objects are from outside our solar system. Recently, Astronomer Gennady Borisov spotted a new object at MARGO observatory. And it could be New Interstellar Visitor to our solar system.

It had a “fuzzy” appearance because of the icy release of dust particles while moving towards the Sun. It named as a “comet” called C/2019 Q4 (Borisov). And tested and studied completely for safety. Scout System at NASA’s Jet Propulsion Laboratory from Minor Planet Centre carried this research.

Scientists speculate the comet is 260 million miles away from the Sun. It is moving towards the inner part of the solar system and would reach on 26th October 2019. Because of that, the comet would come nearest the Earth after reaching 190 million miles on 8th December 2019.

Is the comet a meteor from another solar system?

According to Farnocchia, the present velocity of the comet is as high as 93,000 mph. This way above the average velocities of other nearby distanced objects orbiting the Sun. Also, he said that the comet’s high velocity indicates it originated from outside our solar system and possible New Interstellar Visitor. Moreover, it would leave our solar system and return to its interstellar space.

Farnocchia has predicted that people can observe the comet using moderate-sized telescopes. This would be possible from mid-December 2019 (brightest comet) to April 2020. Thereafter, people would require professional telescopes to watch the comet until the end October 2020.

Samsung’s Galaxy Fold to Launch with New Premier Service in the U.S