If you have not yet enjoyed the movies with the film soundtracks, go and grab the same today only!!!! 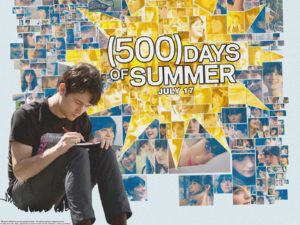 500 Days of summer is an American romantic comedy-drama film of 2009. The story revolves around a couple who comes towards each other for the same flavor – music. Mixed with emotions, it is a twisted journey of highs and lows. The movie includes people going to a record store for a date!!! In the movie soundtrack list, there are some great soundtracks like ‘You make my dreams’ by hall and Oates and ‘Please, please, please, Let me get what I want’ by The Smiths. 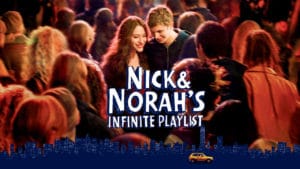 Nick and Norah’s Infinite Playlist is a romantic comedy-drama film directed by Peter Sollett of 2008 with Michael Cera and Kat Dennings in the main cast. Directed by Peter Sollett and written by Lorene Scafaria, the story is based on the novel ‘Nick and Norah’s Infinite Playlist’. In the movie, Nick pretends to be Norah’s boyfriend for five minutes. Here also, the love for music brought the young couples together. Most of the film soundtrack list was selected by Sollett. Some of the best soundtracks include Modest Mouse’s ‘Little Motel’ and Hot Chocolate’s ‘You Sexy Thing’. 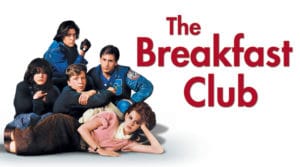 One of the great film soundtracks from the movie ‘The Breakfast Club’ is ‘we are not alone’ by Karla Devito. Another memorable soundtrack is “Don’t you forget about me”. Produced and directed by John Hughes, ‘The Breakfast Club’ is an American comedy-drama film of 1985 starring Emilio Estevez, Judd Nelson, Anthony Michael Hall, Ally Sheedy, etc. The story revolves around teenagers from different schools who spend a Saturday with their grouchy Assistant Principal in custody. 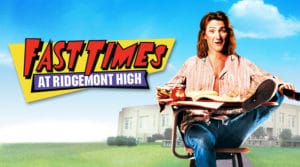 The best film soundtrack from this movie includes ‘We got the beat’ by the Go-Go’s and Jackson Browne’s ‘Somebody’s Baby’. Other soundtracks of the movie are Sammy Hagar’s title track, ‘so much in love’ by Timothy B. Schmit.  Adapted from 1981 book written by Cameron Crowe, ‘Fast Times at Ridgemont High” is a 1982 American comedy directed by Amy Heckerling. Both the co-stars believe to be wise in romance than their counterparts. 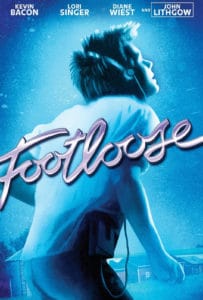 From the film soundtrack list, the best one is Kenny Loggins ‘Footloose’. Other mind-blowing tracks include Bonnie Tyler’s ‘Holding out for a Hero’, ‘Bang Your Head’ by Quiet Riot, ‘Hurts So Good’ by John Mellencamp, etc.  Directed by Herbert Ross, ‘Footloose’ is an American musical comedy-drama film of 1984. The story revolves around a teen that enters a small town and rock music gets banned due to the efforts of a local minister. 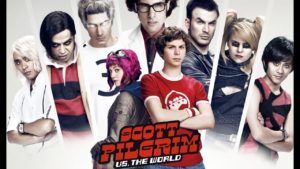 Scott Pilgrim vs. The World is an action comedy film of 2010 based on the graphic novel series ‘Scott Pilgrim’.  It was co-written, produced and directed by Edgar Wright starring Michael Cera as Scott Pilgrim and a slacker musician. The music of the fictional bands The Clash at Demonhead and Sex Bob-omb is also phenomenal. Some of the best film soundtracks from the movie include “O, Katrina!” by Black Lips and “Under My Thumb” by The Rolling Stones. 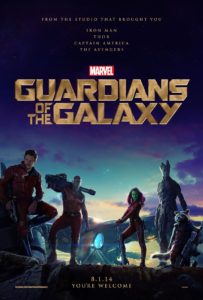 Among the film soundtrack list of ‘Guardians of the Galaxy’, ‘Come and get your love’ is the best soundtrack. One of The Marvel’s best movies, this movie was based on an American Superhero. Produced in 2014 by Marvel Studios and distributed by Walt Disney Studios Motion Pictures, the hero forms a group with extraterrestrial criminals who flee after stealing a relic. With its classic rock soundtracks and awesome mixes of Star-Lord, the music is just phenomenal!!! 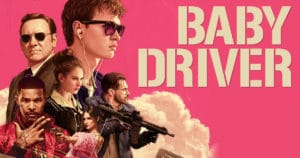 Baby Driver is an amazing, thrilling, and funny movie written and directed by Edgar Wright. Watch the movie if you haven’t watched it!!!

Including an excellent story, great direction, and best film soundtrack, this movie has got everything which a person expects. The baby driver is a 2017 action movie in which a young music-loving driver needs freedom from his lover. In the movie, he robs banks and armored trucks, and he needs to listen to the beats as he is suffering from Tinnitus.  This transforms him into an extraordinary driver. The best soundtracks of this movie include Brighton Rock” by Queen and “Neat Neat Neat” by The Damned. 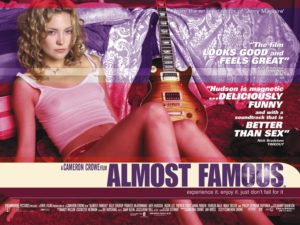 Directed by Cameron Crowe ‘Almost Famous’ is an American comedy-drama film of 2000 casting Billy Crudup, Frances McDormand, Patrick Fugit, and Kate Hudson. The story revolves around music and upcoming successful rock band with their band-aids. A teenage journalist put all his efforts to publish his first ever cover story. Like the movie, each and every film soundtrack is incredible and fills you with nostalgia. 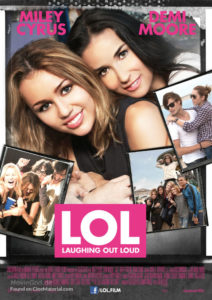 Among the film, soundtracks list the best is “Somewhere Only We Know” by Keane and “Heart on Fire” by Jonathan Clay. This movie is an American romantic comedy-drama of 2012. Directed by Lisa Azuelos and written by Azuelos and Kamir Ainouz, L.O.L is a remake of 2008 French movie LOL (Laughing out loud). In the movie, a school student indulges herself in romance and friendship, but heartbroken, she later realizes that her best friend could be the actual love in her life.